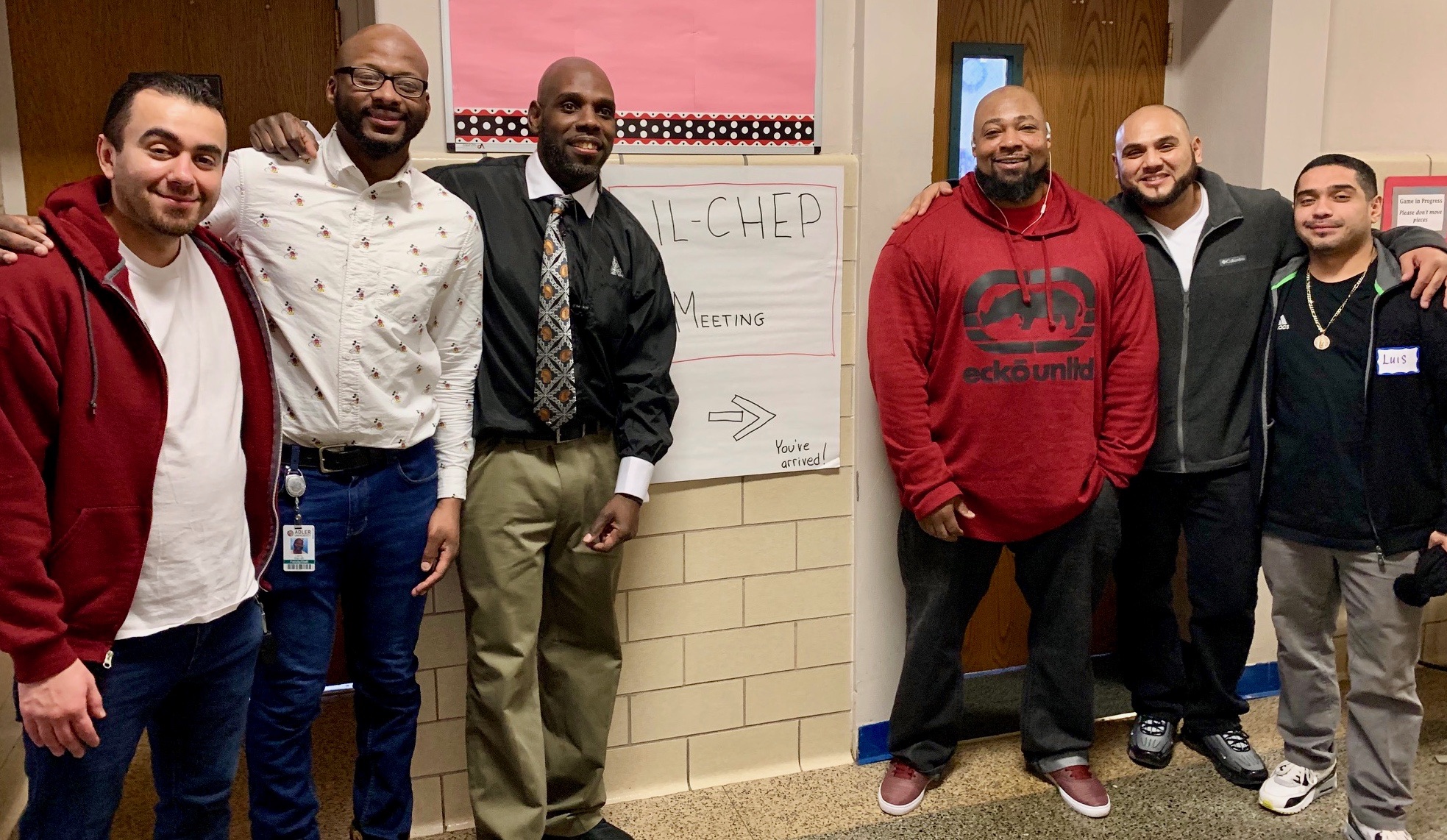 We believe that a model college-in-prison program should promote:

Accordingly, the mission of EJP’s policy and research division is to educate and equip HEP stakeholders with knowledge, skills, and confidence to produce research and practice civic engagement that advance such initiatives.

We also believe that punitive incarceration damages our society. As such, we embrace policies, practices, and dialogues that:

A generous grant from the Joyce Foundation supports our policy work and allowed us to hire a policy and research director in early 2022. As we build out our policy work, we aim to:

The University of Illinois’ commitment to past and potential future systems-involved students is strong. We want to support and encourage continued investigation of how the university can become a safe landing spot for people experiencing reentry and intentional creation of resources to foster their success as students and employees.

We are currently implementing a campus scan to inform this work and the future launch of our Prison-to-Gown Pathway. Continue reading to learn more about these current initiatives.

The campus scan is an examination of the policies and practices of campus units with which formerly incarcerated individuals are likely to have contact. EJP is conducting this audit to identify the challenges systems-involved people face when pursuing higher education and/or employment opportunities at universities. This research will determine where supports exist and how we can better ensure that our own campus is inclusive and welcoming.

Formerly incarcerated students face significant hurdles in attending universities and colleges. The Prison-to-Gown Pathway will seek to address the challenges that these students face. This program will implement services and provide support for University of Illinois students who have interacted with the criminal legal system. We also hope it will develop into a useful model for other universities that want to support systems-involved students. We are currently in the learning and research phase of this initiative. In future years, we will pilot services and recruit Pathway members as resources allow. Our ultimate goal is to meet interested students at the prison gate and bring them to campus. Stay tuned!

The Illinois Higher Education in Prison Task Force was established by House Joint Resolution 27, a resolution passed unanimously by the Illinois General Assembly in October 2021. The task force has four primary objectives:

The task force began meeting in February 2022 and must submit a final report to the Governor and General Assembly no later than July 31, 2022. There are currently 15 members appointed to the task force, including state legislators, academic officers at institutions involved with HEP, HEP administrators, and representatives from the Illinois Department of Corrections, the Illinois Community College Board, the Illinois Criminal Justice Information Authority, and the Illinois Board of Higher Education.

The Illinois Coalition for Higher Education in Prison (IL-CHEP) is a coalition of HEP programs, educators, students, alumni, and advocates dedicated to expanding access to quality HEP in Illinois and supporting policies that abolish our state’s and nation’s reliance on criminalization and incarceration. EJP is a founding member of IL-CHEP and remains actively involved in the coalition.

The Freedom to Learn Campaign (FTL) is a campaign of IL-CHEP that calls for clear and fair statewide policies that allow college-in-prison programs to operate free from undue interference or interruption of their students’ academic and intellectual pursuits. Specifically, FTL advocates for:

EJP is one of over 500 individuals and organizations supporting the campaign.

Learn more about FTL & how to join the campaign

Look here for policy fact sheets, position statements, and other resources created by EJP. The list will continue to grow as we build out our work, so keep checking back!

The Importance of In-Person Instruction in Prison Higher Education Programs

Guidelines For Representing Students in Higher Education in Prison

There is a lot of work to be done and it cannot be accomplished alone! Below are several organizations, coalitions, and campaigns that work to advance goals related to EJP’s and we are grateful for their work. We always learn from them and often take advantage of opportunities to collaborate with them.

We encourage you to check out their websites and learn more about efforts you may want to support.

Alliance for Higher Education in Prison

Business and Professional People for the Public Interest