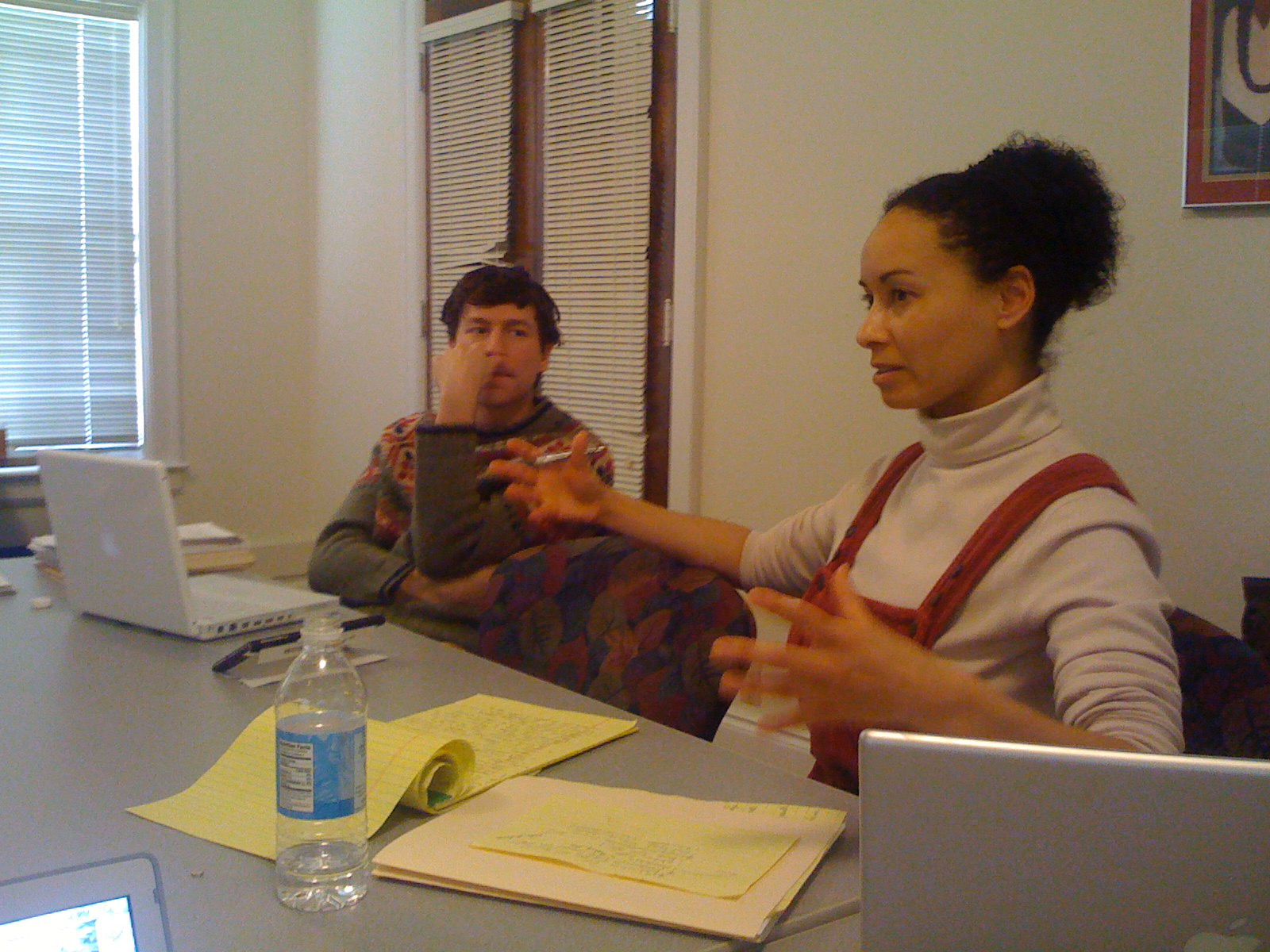 When EJP was first in the makings, the group was treading quietly on campus, forgoing publicity through flyers and other means.

Advised by both the University and Danville Correctional Center to keep it low-key in case of pushback from members of the public, and against the backdrop of a general pro–incarceration mood in the country, EJP stayed relatively quiet during its first several years of existence.

This all changed when EJP received an award, after which the University and Illinois Department of Corrections both began to promote EJP.

EJP started out as “Education Beyond Bars” in 2006, comprised of a working group of Illinois graduate students, faculty, and community members.

Tracy Dace, an EJP member of the original working group, went on a trip to visit the Bard Prison Initiative, a program of Bard College in New York. A doctoral student at the time, Dace says he joined because he was seeking opportunities and experiences to better understand juvenile justice.

Dace says that early in the discussions, the working group was committed to creating an identity that EJP is invested in high-quality teaching. This included planning to use college faculty to teach courses and establishing a clear relationship with the University.

The team had to consider many different aspects of what it takes to build a college-in-prison program. Aspects such as bringing in members, finding space at the prison to use as resource rooms, clearing educational materials so they could bring them into the prison, and equipping the library were all part of the job.

Rob Scott, a fellow EJP member of the original working group, joined as a graduate student because he was interested in criminal justice.

“When you start trying to do college in prison, my memory was you’re always asking for things you can’t do in prison,” Scott said.

One scenario which comes to Rob’s mind is hugging and giving pats on the backs to some of the students, which officers would refer to as “hug a thug.” Eventually, the officers shut it down and the hugs were no longer allowed.

“It’s just a clash of cultures going on,” Rob said.

The team also had to think about what kind of content they could get approved to teach at Danville.

“From day one, I remember there just being this two-track conversation: what we would do on campus, which is academic freedom, talk about anything you want, and what we likely can get approved to do in prison, which is much more narrow,” Rob said.

Prior to EJP, incarcerated individuals at Danville Correctional Center could only take lower-division courses, which counted toward an associate degree.

“Most of us had met a plateau with the educational opportunities that would or could be allotted,” said Daniel Graves, one of EJP’s first students.

In 2008, EJP offered two not-for-credit reading groups to get the ball rolling and prepare Danville students for upper-level work. Then, in January 2009, EJP officially launched for-credit classes, seeing a total of 54 men enrolled in four classes.

From digging into books to highlighting and writing in the margins, Graves says the “educational spark” that EJP offered made people thirsty for more.

“You could hear in the middle of the night, guys yelling “hey man, chapter three…what do you think about it?” Graves said.

Dace says that an impact of EJP has been increasing advocacy and awareness around the benefits of college-in-prison programs.

Countless members of EJP have now become “agents of change” in their community, as Dace puts it, becoming leaders of their own nonprofits and grassroots organizations.

“I would say that in all the struggles that we have upon release, something exists in us still, by being a part of EJP, that says no matter how hard a struggle, there’s a way to think your way out,” Graves said.