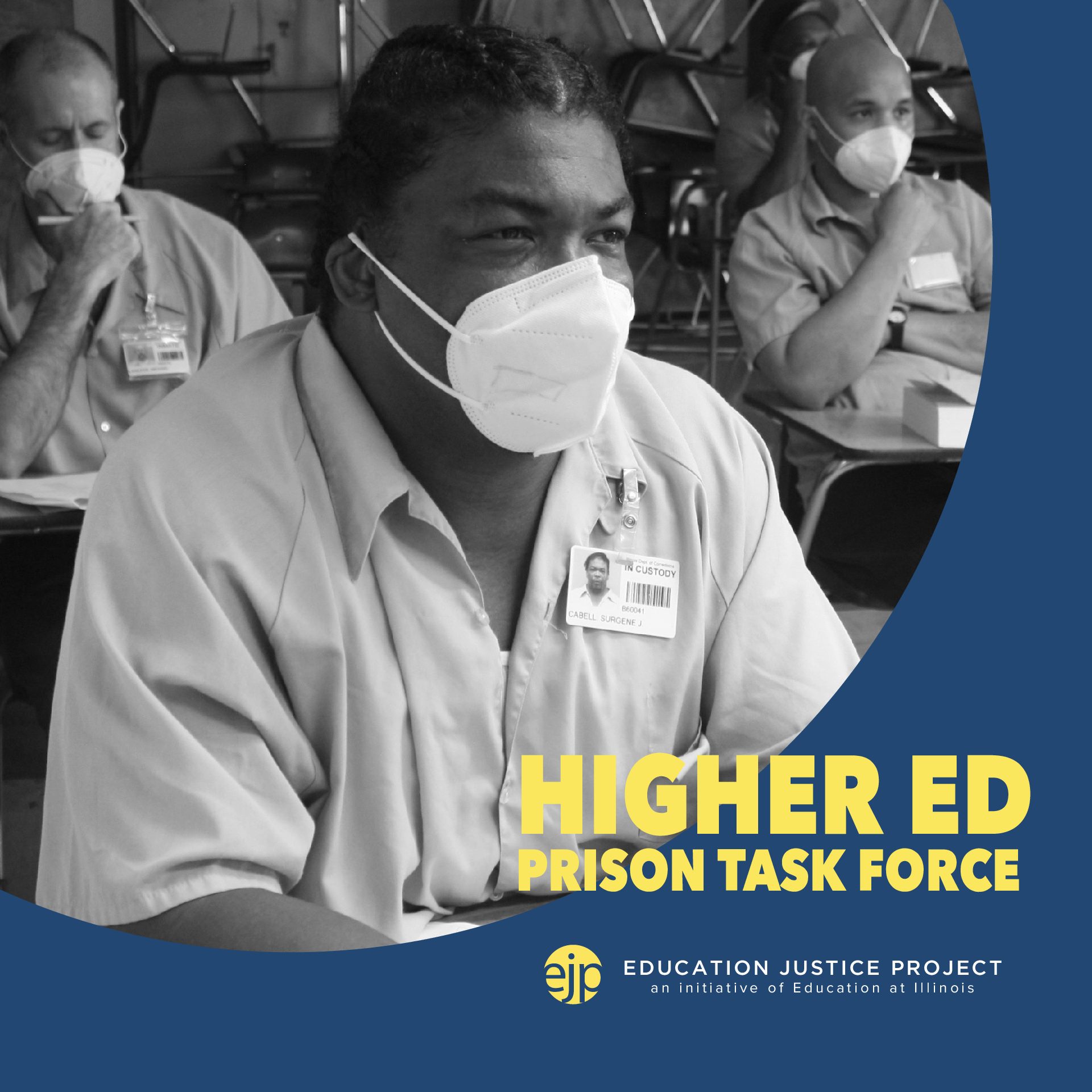 We are excited to announce that HJR27, which calls for the creation of a Higher Education in Prison Task Force, was adopted by the Illinois General Assembly  in October. Multiple organizations, educators, and incarcerated individuals  were involved in supporting the resolution’s passage, which was co-sponsored by Carol Ammons in the House and Kimberly Lightford in the Senate.

The task force will have one year to assess and report on the conditions of higher education in Illinois prisons and to identify what the state can do to improve access, quality, and support of prison higher education. This is a huge achievement and will tremendously  increase the amount of support we can give to incarcerated people and their loved ones throughout Illinois.

Ashton Hoselton, a staff attorney at BPI and active member of  Freedom to Learn (FTL) — an initiative of the Illinois Coalition for Higher Education in Prison, has high hopes. She envisions the task force will consult widely in and outside of the incarcerated community in Illinois. She is also excited to see the task force collect and analyze data that would otherwise be difficult to access, let alone interact with, and to identify any gaps in existing legislation .

The resolution originally came from discussions between State Rep. Carol Ammons and FTL members, including EJP.  According to Ashton, FTL worked directly with Rep. Ammons and her staff to research, draft language for the resolution,  and connect with other Illinois legislators to educate and support them.

On March 24, 2021, Representative Carol Ammons filed HJR 27 and on May 5, 2021, Rebecca Ginsburg, EJP director , and Pablo Mendoza, EJP alumnus, gave testimony to the House Public Safety Committee in favor of the resolution. All 15 committee members voted in favor of the resolution and the Illinois House of Representatives unanimously adopted HJR 27.

During the 2021 Veto session on October 27, the resolution passed and HJR 27 was unanimously adopted. The task force has 30 days to appoint its members and is required to produce a report that will be submitted to the governor no later than July 31, 2022, specifying legislative changes that should take place in Illinois to protect and enhance the delivery of quality higher educational programming in the state

Ashton explains that  FTL is currently focused on providing expertise and encouragement to the task force. She says “the campaign is a collection of university and college professors, formerly incarcerated scholars, families of the incarcerated, activists and allies; individuals with direct higher education in prison experience that are eager to inform and influence the task force and, specifically, the legislative plan it will put forth.”

She hopes the task force draws attention to the value and importance of higher education in prison, and that organizations in other states.

She also hopes others will take inspiration from this initiative and recreate it in their own cities and states. Similar initiatives are already in the works, like the Tennessee Criminal Justice Investment Task Force created in 2019. We thank Rep. Carol Ammons, FTL,  and all those who worked on and supported HJR27. Continue to follow FTL and EJP for more updates on the task force as well as further legislation.