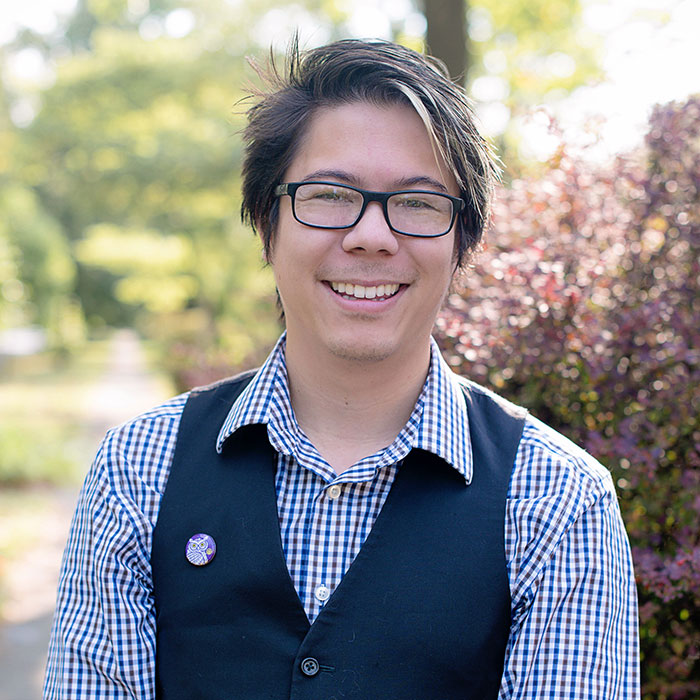 Before moving to Illinois for graduate school, Logan had wanted to work with incarcerated folks where he lived in Madison, Wisconsin. A few of his friends had wonderful things to say about their experiences participating in a literature reading group with individuals at a local jail. And given his interest in learning more about community literacies in graduate school—how people (learn to) make meaning outside standardized educational spaces—he got involved with EJP during his first year as a master’s student in Champaign back in 2015.

In the time since, Logan has worked as a member of Writing and Math Partners (WAMP) and as a facilitator and coordinator of Writing Workshops at Danville Correctional Center. While he believes education is only one of many avenues for study, he values how EJP has encouraged students on the inside to pursue their own interests, co-create the programs they want to learn in, and craft the narratives about themselves they want to author.

Working with EJP has challenged Logan to think more capaciously about collaborating with others across a wide variety of spaces—students, workers, and community members alike. As he works toward finishing his graduate degree, he remains especially grateful to all of the EJP students he’s worked and learned with over the years for the richness and depth of their conversations together.