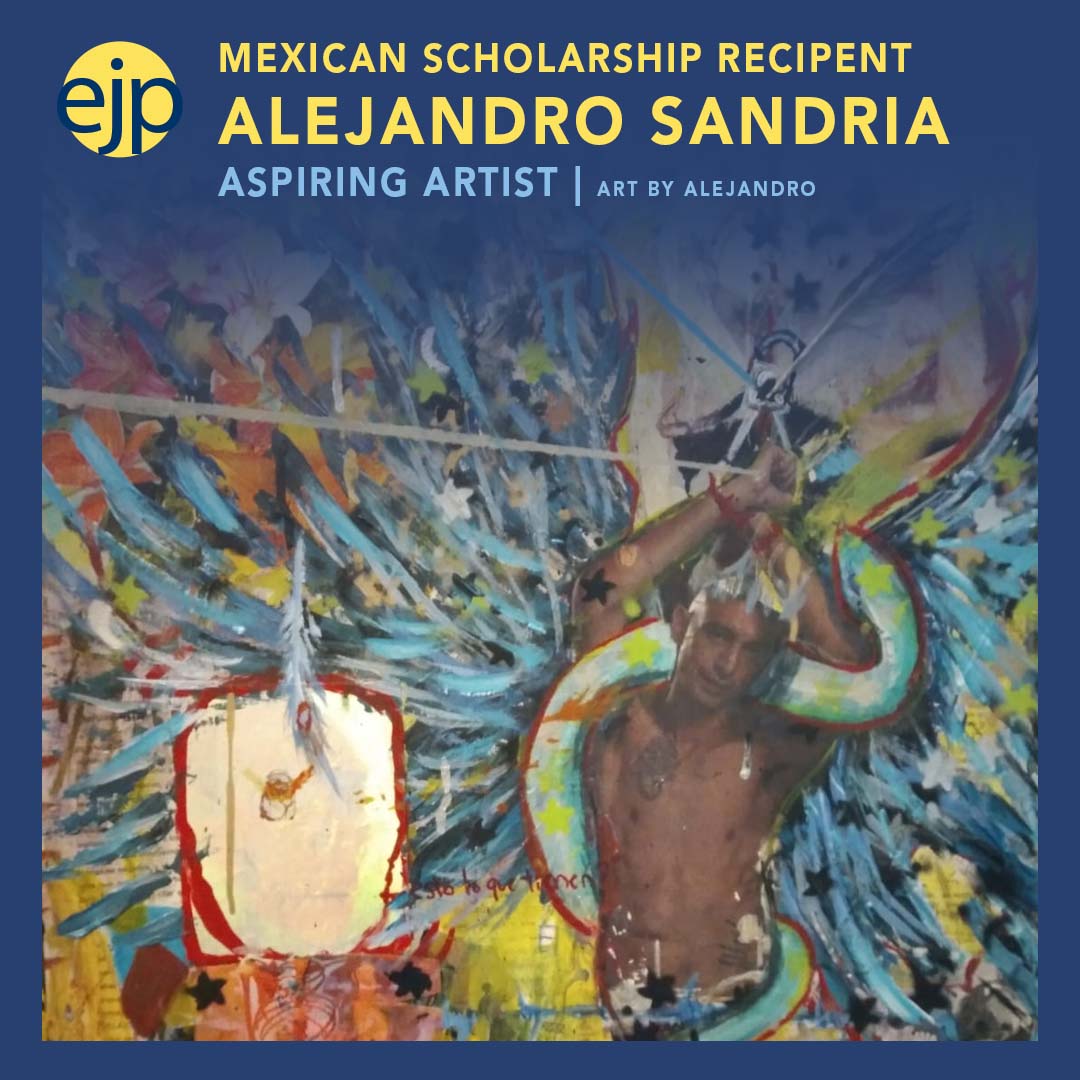 Alejandro Sandria’s nervous excitement is palpable as his wife translates. He is the recipient of an EJP scholarship, awarded this spring to a formerly incarcerated individual residing in Mexico. These need-based scholarships provide support for further study at a secondary or post-secondary institution. Alejandro plans to use these funds to pursue his own personal study in the fine arts.

He smiles as he considers when his love for art began. In childhood, Alejandro’s exposure to art and technique was minimal. He enjoyed painting graffiti on walls in his hometown, but had no access to delve deeper and study his passion for art and its expression.

While incarcerated, he met a talented artist who was also serving time. This individual took Alejandro under his wing and invested in the potential he saw within Alejandro. Having his own personal art library, he lent him many books, exposing him to art history, the study of different mediums, and painting techniques. While Alejandro enjoyed learning all different methods of art, he commented on the need to try and find one’s own style as an artist, which for Alejandro lies primarily in painting.

Alejandro’s eyes light up as he discusses the process of learning to use acrylic paints, oils, and pastels in his painting. He devoured this newfound knowledge, painting as much and as often as he could. He tells us of a “Liberation Day” where he and other incarcerated art students were able to leave the prison to attend a gallery exhibition at the city library where their work was being featured, and how exciting it was to see his own paintings on display. The exhibition was well received by the public. Now, Alejandro sells his work and continues to present them at exhibitions.

Alejandro described the moment he touches canvas to paint as relaxing, being able to put all his feelings and thoughts into it. A common theme throughout Alejandro’s work is the depiction of wings and feathers. Alejandro shared the personal meaning behind this: for him, going to prison was like getting his wings cut. However, painting has been an outlet for him to get his wings back.

When he considers the challenges of continuing education after fifteen years away, Alejandro shares that returning to his studies has not been easy. He has three remaining classes to complete for his high school diploma before progressing on to further his art education. Despite these remaining qualifications, he is eager to begin rebuilding his skills.

For others seeking to further their education, Alejandro’s advice is that although it will not be easy, you have to pursue what interests you and have the will to keep going.