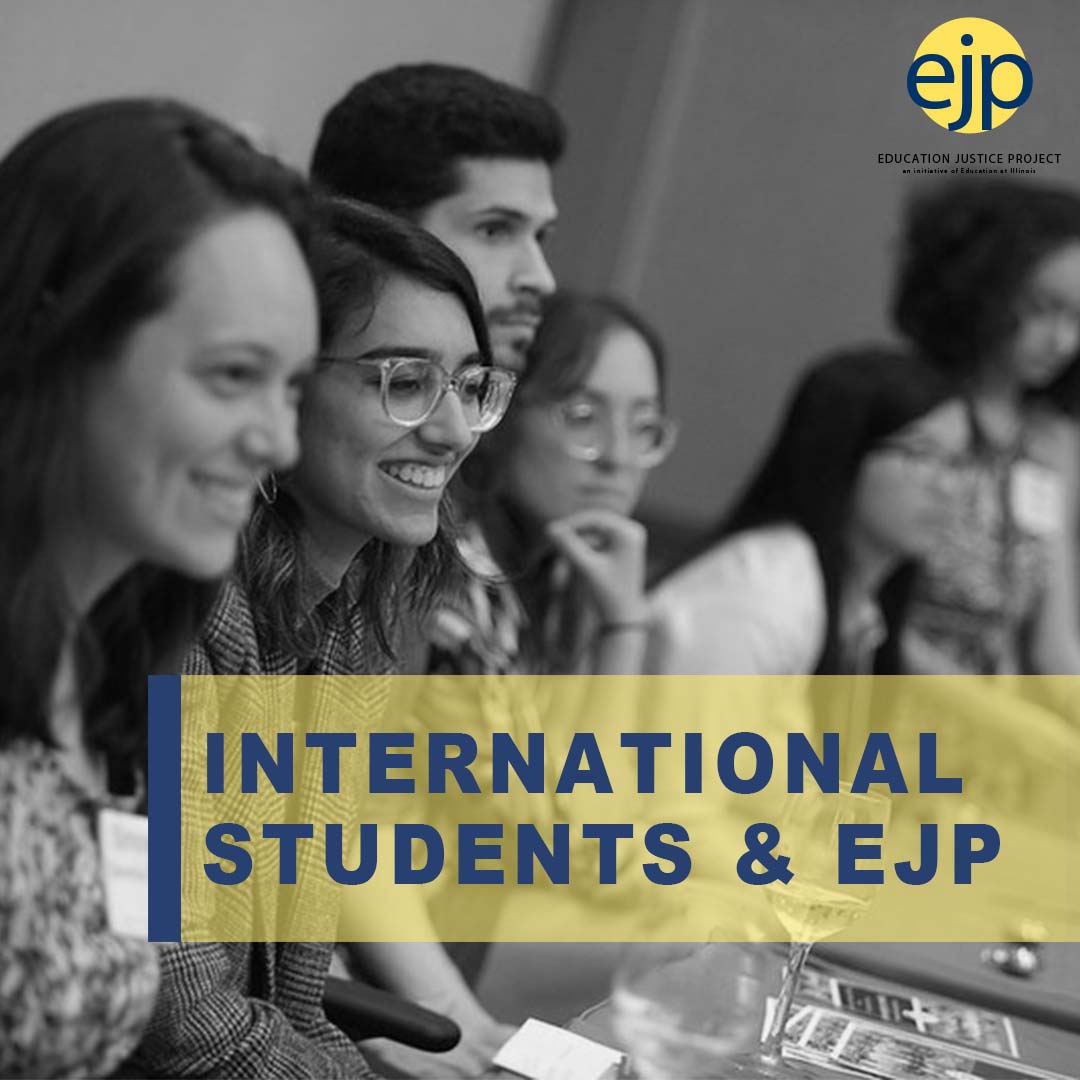 Over the years, the Education Justice Project has grown and attracted many international scholars from around the world. Their diversity in backgrounds and perspectives have become valuable assets to furthering EJP’s missions.

Below, three members of EJP from different countries recount how they learned about the program and what they have noticed through their involvement with our college-in-prison program:

Julia Spielmann was 19 when she moved from Austria to the U.S. She is currently a Ph.D. candidate in social psychology. She was introduced to prison education through a sociology professor at the University of California Davis. The professor was involved in social justice efforts and higher education in correctional facilities in California and highly recommended getting involved with the project.

“I became very interested as I learned more about the inequalities, injustices, inhumane circumstances and power imbalances within the American legal and carceral system,” Julia said.

Upon embarking on prison education, she quickly became “aware and baffled” by the prison system as she talked about it with her friends from the U.S. and abroad. She realized the goals of the prison systems in Austria and the U.S. are vastly different.

Julia says the goal of the Austrian prison is rehabilitation and resocialization.

“It’s to enable incarcerated people to lead a life of social responsibility free of crime upon release,” she said. “Public safety is ensured not simply by separating people convicted of crimes from society but by successfully integrating them.”

She added that sentences are also much shorter. Fines are more common than prison sentences, and the amount of fines is based on the person’s income.

“In Austrian prisons, people have keys to their cells and they are allowed to have lots of personal items, wear their own clothes, make their own meals, have responsibilities and focus on normalization,” Julia said. “The training of staff in Austrian prisons is similar to that of a social worker.”

By co-leading the Mindfulness Discussion Group, Julia hopes to contribute and provide a space in which humanity and dignity are nurtured. She said the deep commitment to equity and system change is what drives her to continue working with EJP.

“The space is equity-minded, transformative, liberating, participatory and empowering, and I hope to highlight and bring these qualities every time I go out to Danville,” Julia said.

Brian Gumisiriza was introduced to EJP in 2017 by the dean of the College of Law at the University of Illinois, where he received his LLM. Although he was involved in prison education in Uganda, his home country, his focus back then was on legal education.

When comparing criminal justice systems in Uganda and in the U.S., Brian says the two are fundamentally different.

“The U.S. is like multiple countries in one and each state is like jurisdiction of a country in and of itself and with that plus the federal government, it’s like a gigantic system within a system,” he said. “And my country is very different since it’s smaller.”

When he first came to the States, he says there was very little that wasn’t surprising or interesting.

“One thing I initially noticed was how much resources were available in the U.S. but it just felt like there was never enough,” Brian said. “Then I suddenly would feel like if I had this same amount of resources back home, it would have made all the difference.”

“I hope that the workshops will aid in the thought process of students at Danville Correctional as they move from being a formerly incarcerated person to being an integrated member of the community involved in the workforce or academia,” Brian said.

That all changed when he interacted with an EJP member at a volunteer fair and applied to be part of the program as a graduate student.

Compared to the U.S., Adithya says India has a much lower incarceration rate. He explains that while the roots of mass incarceration in the U.S. can be traced back to slavery, the Indian criminal justice system is a long shadow cast by colonial criminal law.

“The existence of the scourge of mass incarceration in the U.S. is something in contradiction with the image it has to the outside world – an image of a developed and advanced nation, where everything is better,” he said. “And then you come and live here, see things for yourself, try to learn some history and somehow try to come to terms with reality.”

His passion for working at EJP stems from his love of teaching and an effort to increase access to education, especially to the most underserved.

While the work provides him with some personal fulfillment, he says he would be very proud if he could increase the impact of an EJP program he was involved with. He added that his participation in the program is his way of giving back to the community that has hosted him.

“I am very grateful that a program like EJP exists in the University at which I am enrolled,” Adithya said. “As an international student, I feel more assimilated and more a part of this community with my involvement in EJP, which has such deep involvement with the community.”