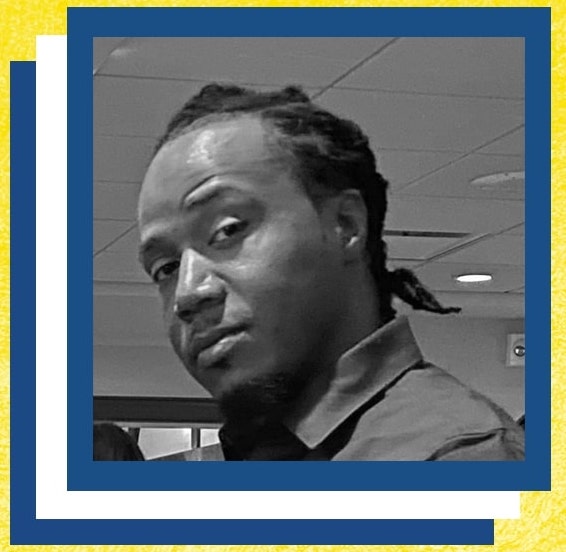 Keiahty Jones, EJP alumni incarcerated for almost 14 years, was able to go home in November. How would he summarize reentry? “It’s like walking on glass through a desert,” he said.

Keiahty spoke about his experiences during prison and reentry as part of EJP’s 2022 Impact Week, which featured EJP alumni speaking to EJP supporters via zoom.

He first began taking classes through EJP about 7 to 8 years into his incarceration. “Taking those courses through EJP, I began to see a change in myself. I always wanted something more, but I was too afraid to go out and get it.”

Keiahty says the most impactful class was the Discovery Series, which featured a different guest speaker every week. He also enjoyed taking a Russian literature course.

Keiahty had a variety of jobs while in prison, from working in the bakery to being a wheelchair pusher. When he’d work in the kitchen, he’d wake up at 4 a.m. and go to work till 12p.m. In the evening, he would have class till 8 p.m.

Keiahty would stay up late doing his homework on his bed. “Anytime you’re trying to gain something you’re gonna lose out on something. I wanted to gain an education, so what I lost out on was sleep.”

On his first day released from prison, Keiahty acquired his ID from the DMV and opened a bank account. The next day, he went to a temp service and was able to get a job on his third day out. He worked around 60-70 hours per week.

Keiahty describes himself as having a “samurai mindset,” falling on the sword for his friends and having a strong sense of loyalty. When he began reentry, he says that walking away from old friend groups and cutting off negative influences was challenging.

Now, Keiahty’s main focus is his family. “My best friends right now are my wife, my son, and my baby that’s on the way.” He is on track to buy his first home next year.

In the future, Keiahty wants to get a bachelor’s degree in psychology. “I love figuring out why people think the way they do. It helped me understand myself a little bit more,” he said.

His biggest piece of advice for those going through reentry: don’t think any dream is too big.

“The only thing that can stop you from doing anything is that person that’s standing in that mirror,” Keiahty said.