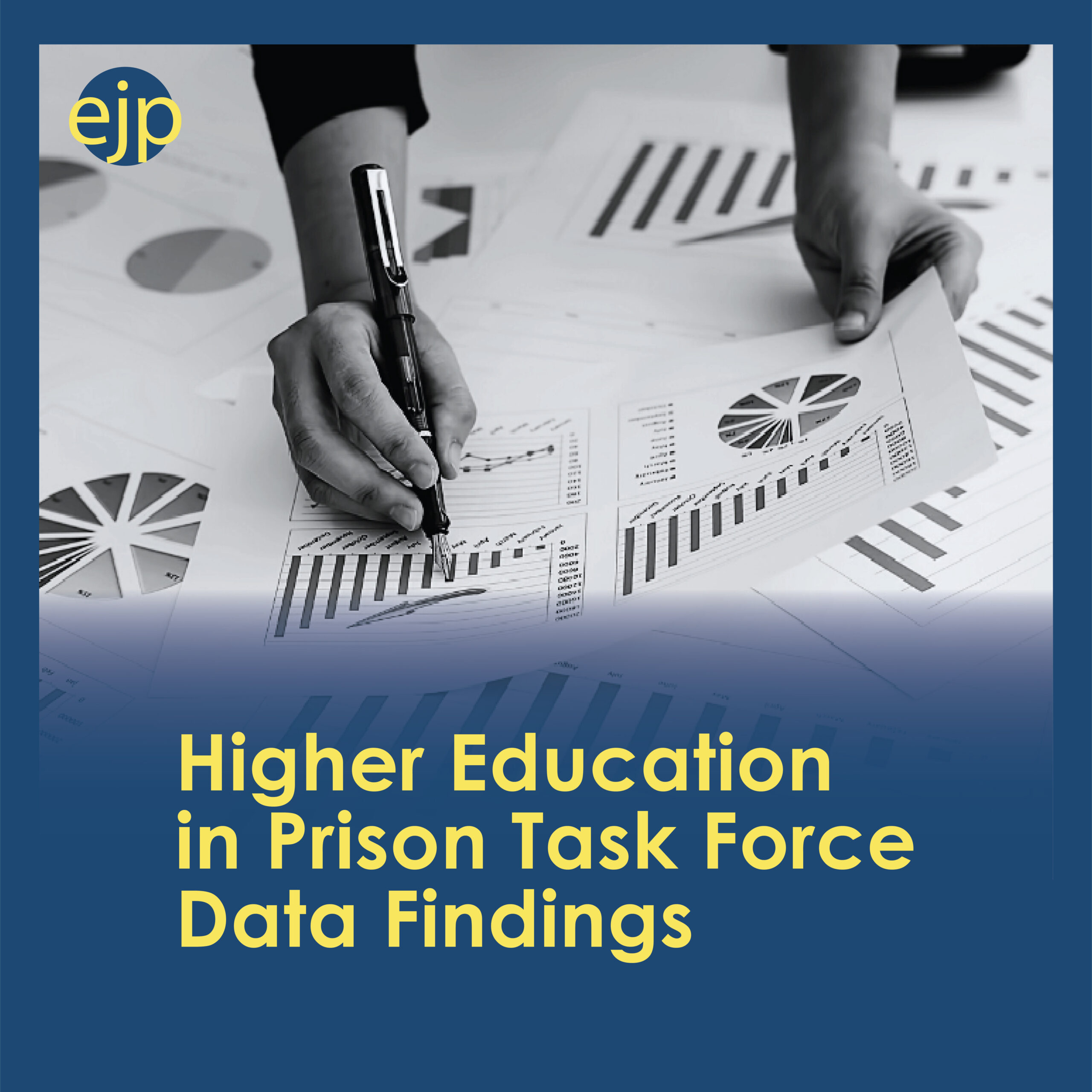 Recently, our Higher Education in Prison (HEP) Task Force collected and analyzed Illinois-driven data gathered by the Data Working Group at EJP. This data helped EJP’s HEP task force with two of its objectives including:

The selected members were Rebecca Ginsburg, EJP Director, and Ashton Hoselton, EJP Research and Policy Director.  Here are some of their findings:

In the last decade, there has been a significant increase in non-contractual HEP programs in Illinois and, in more recent years, a marked growth in ILDOC facilities where such programs are offered. In the past two years, the team found an even greater increase of programs offered inside IL women’s correctional facilities.

This recent growth in non-contractual HEP programs has resulted in a substantial increase in higher education opportunities available to incarcerated people in Illinois, jumping from 182 enrolled students in 2012, to well over 400 students in 2022.

Five HEP programs in Illinois could provide student demographics. From that data, the HEP task force was able to ascertain that 42% of student participants were black,  18% were white, 9% were Hispanic, 1.2% were American or Alaskan Native,  and 0.8% were of Asian origin.  We did not have data for 29% of enrolled scholars. Of the 416 students who participated in non-contractual HEP programs in Illinois in 2021-22, only 9.6% were in women’s facilities.

Our EJP researchers were encouraged to find that the number of credit offerings from non-contractual HEP programs significantly increased over the last decade, with only 26 credit offerings available in 2012, and over 140 credits offered in 2022.

In summary, EJP’s HEP task force data shows that HEP programs in Illinois offer a rich diversity of program types and provide multiple pathways for pursuing higher education. We know however, that there is always more work to be done.  One may ask, what does the task force plan to do with this data? After analyzing its findings and meeting to discuss the collection of such data, the task force created 31 recommonations and an action plan to expand and support high-quality HEP opportunities throughout the state.

Read more about these recommendations in our EJP  blog post: