Home > EJP Blog > EJP through the lens of prison abolition 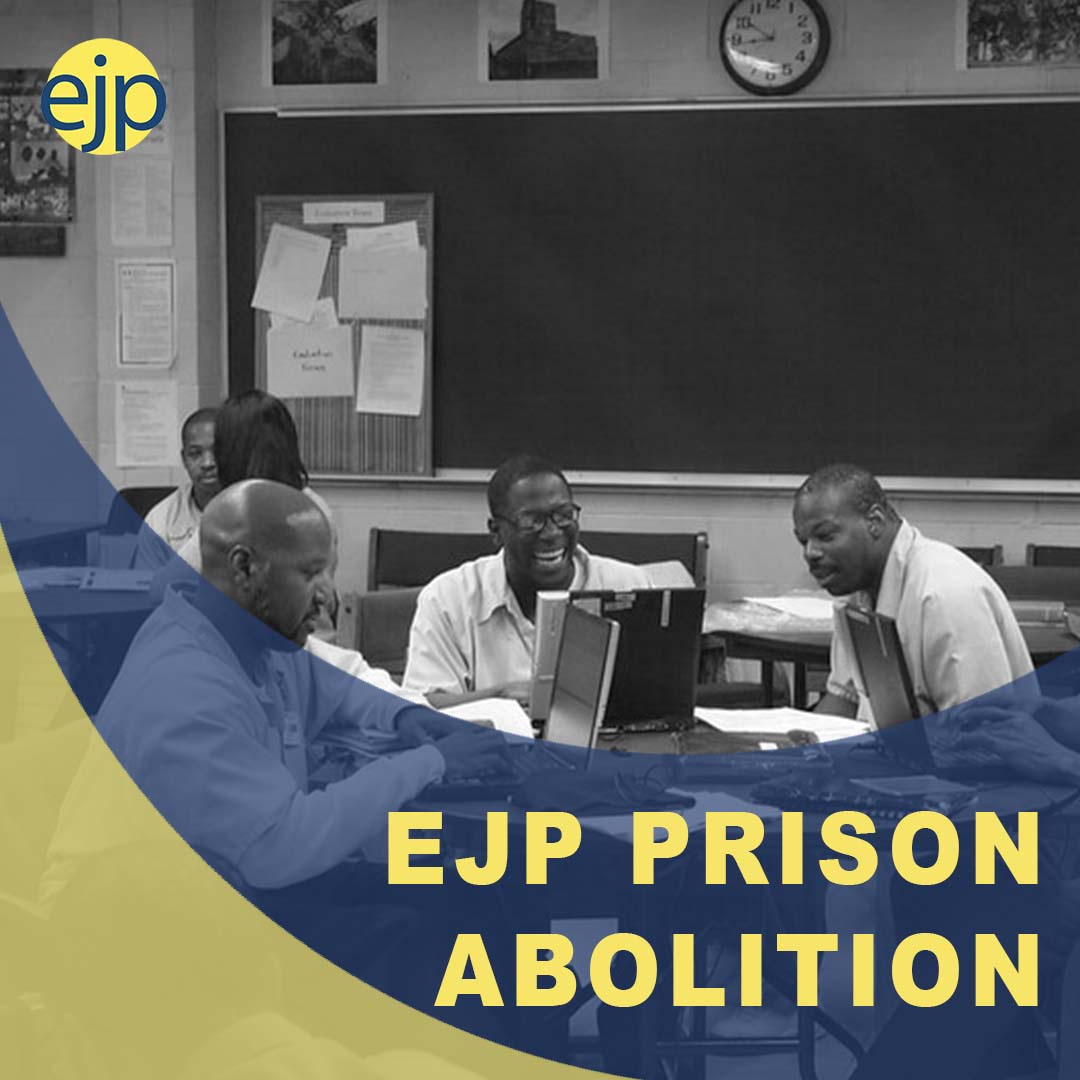 As an organization committed not only to mitigating the negative impacts of incarceration but also to supporting  more just and humane responses to harm and violence, many members of EJP strive to enact abolitionist values throughout the work that we do.

Prison abolition is a multifaceted, complex subject that goes far beyond merely closing prisons. Rather, it’s about dismantling or displacing the current system while building something better.

Not all EJP  members  identify as abolitionists, and those who do may have different interpretations or levels at which they identify.

Ashton Hoselton, EJP’s Policy and Research Director, says that abolition can be a polarizing subject.

“I think that so often people focus on the removal part like the destruction or dismantling of prisons, and don’t spend enough time focusing on the freedom building part,” Ashton said.

“We’re not going to be able to eliminate people doing bad things, but we can eliminate our bad responses,” Beth said.

Many members of EJP strive to keep abolitionist ideals in mind when working with EJP.

For example, Ashton believes it’s important to create a framework for evaluating policies that allows her to consider whether they advance the goal of abolition or not.

When introducing solutions or alternatives to existing problems, Ashton seeks to be mindful that those alternatives aren’t something that would have to be dismantled later in order to get closer to the goal of abolition.

Adrienne says that she tries to bring the same values used for teaching undergraduates or small seminars to the prison. This includes elements such as allowing EJP students to interrupt her and ask questions.

“We try to bring them as much equality in a situation that has really unfortunate power dynamics,” Adrienne said.

For Beth, thinking about abolition has enabled her to see not only her own but other people’s writing in a different light, such as noticing when journalists fail to use people-first language in describing incarcerated individuals.

EJP being committed to exploring the abolitionist framework can create some tensions.

For example, part of the work that EJP does, such as the college-in-prison program, exists only as long as prisons are around.

Internally, abolition is not a framework that all EJP members adopt, and those who do may adopt it in different ways.

As Ashton says, one of the questions that EJP must consider is “how do we continue to build a program that’s really inclusive while also pushing for something like abolition?”

Being an abolitionist can also seem to create puzzles when working with prisons directly. “Some people would say if you’re an abolitionist, you can’t go work in a prison,” Beth said.

For example, some EJP members grapple with how to partner with prison staff and administrators at DCC while also being careful to refrain from becoming a part of the prison apparatus.

However, Ashton says that the space EJP creates for EJP students within DCC is “abolition at work,” as it’s “the sort of humanizing space that allows students and teachers to recognize each other’s humanity, dignity, and to have critical conversations.”

Ashton describes cultivating conversations with EJP students and being mindful of the Department of Corrections’ wishes as a “delicate dance.”

For recommending policies in the Illinois Higher Education in Prison Task force, it’s the same concept.

“We want to push without being pushed away from the table and out of the discussion,” Ashton said.

Ultimately, some situations may not lend themselves well to EJP members identifying themselves as abolitionists, but facilitating conversations and fostering discussions within the community is important in advancing abolitionist ideals.

“It’s just one of those things where you’re just a little careful about what environments you’re discussing prison abolition, but that certainly doesn’t stop you from working on it,” Adrienne said.

In our spirit of inclusion and reflection, EJP is committed to exploring prison abolition and all its facets.

“So much of cultivating that buy-in and support for abolition is about having those conversations that challenge the necessity of prisons to begin with,” Ashton said.