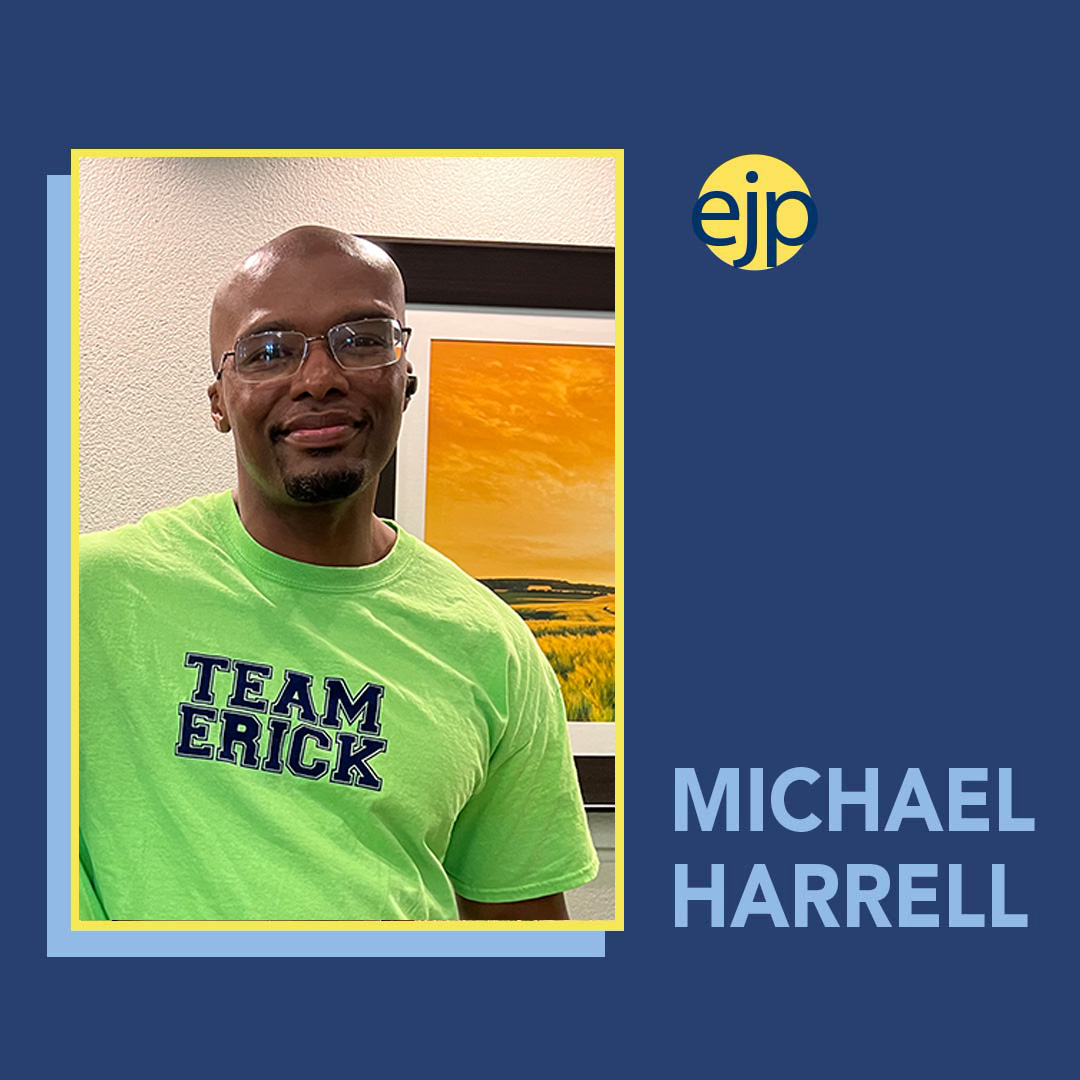 Michael Harrell knows the exact number of days he was incarcerated: 20 years, 5 months, 4 weeks, and 3 days.

Some days he works far longer than a typical eight hour shift. But witnessing those he helps overcome obstacles makes his job and the extended hours worthwhile.

As a formerly incarcerated person, Michael understands how challenging the reentry process can be. For someone who became conditioned to a particular routine and expectations on a continual basis, Michael was faced with many new problems upon release.

“Being released into what we call ‘mainstream society’ has presented a number of issues such as just making the basic decision of what to wear or eat,” Michael says. “When you’re incarcerated, you don’t have those. You don’t have many options.”

After being incarcerated for such an extended period, one of the hardest aspects of reentry was learning how societal norms had changed. He wasn’t familiar with new technologies and struggled with how communication has shifted from face-to-face conversations to texts and virtual calls.

He advises others going through reentry to understand they may need help. Finding the right person, taking things one day at a time, and being intentional all go a long way.

“Even though it’s been a constant struggle, moment by moment, it is still very much worthwhile. I think that I get down on myself a lot even though I tell others not to get down on themselves,” Michael says.

During his incarceration, Michael was highly active within multiple EJP programs. A facilitator in Language Partners for eight years and in CAVE for five, he invested endless hours of time and energy in EJP.

“I think the introduction to higher education was like a beacon of light that was so needed amongst just a vast environment that was so void of any type of positivity,” Michael says of EJP.

Ultimately, Michael strives to remain optimistic in the midst of the tough reentry process and plans to keep working toward his goals.

“I’m blessed. I could complain about a lot, but my complaints will be irrelevant because six months ago, I was still incarcerated,” he says. “And I was wishing and begging and fantasizing and dreaming about having these opportunities and these problems.”

Michael plans to get his bachelor’s degree and would like to get a graduate degree as well. He is especially interested in the fields of social work, anthropology, and sociology.

He has learned to become more patient with himself and understand that many things come with a huge learning curve.

“Don’t expect yourself to know everything that it took others decades or years to become accustomed to,” Michael recommends to others who are going through the reentry process.